Whether you started your senior year hype to be almost done with college or you were feeling sentimental because it was your last year, at some point you’ve probably felt just about over it. College was great, you had a good time, but now it’s about time to move on. Here’s 10 signs you’re ready to bounce.

1. You no longer understand the point of class

Why am I here? Will this help me in the future? What are we even talking about? Just stop.

2. Just getting to class is an enormous struggle.

It’s so far and my bed is so comfortable. I’m allowed to miss three classes before it becomes a problem, right? I’m sure I can get the notes from someone. I wasn’t going to pay attention anyway. Back to bed.

3. And if you do make it paying attention is a joke and a half.

Am I taking notes or texting everyone I know right now? That’s a secret I’ll never tell.

4. You don’t even try to do the readings anymore

Do I even have the book for this class? Did I really spend money on this? I guess it makes a good paper weight. I’m sure it’s on Spark Notes. It’s a big lecture, I’ll be fine.

5. And getting assignments done an hour before they’re due is a good day

If it’s due on Thursday I guess I’ll start on Thursday? Sounds like a plan.

6. The weekend now starts on Wednesday

Happy hour? Check. All the bars? Check. 21 and up is free? Check. Club going up on a Tuesday? Sure, why not.

7. You no longer have time for BS.

I’m not here for the drama. Please keep petty problems away. I don’t have time. Buh-bye!

8. You can’t recognize most of the underclassmen and have stopped trying

9. Your attendance at club meetings are mediocre at best.

What are meetings? When is practice? The only club I’m a part of is the one on U Street.

10. You’ve got your graduation date circled on your calendar and a countdown down to the very second.

How much longer is it? #47days

When I was preparing to go to college I was told that the friends I made there would be the friends I have for the rest of my life. That made me so excited. Who wouldn’t want friends for life? So when I was suddenly part of this awesome group of six girls from my freshman floor I was ecstatic. I couldn’t say how it all happened. I think my roommate was in an OA group with one of the other girls who was neighbors with two of the other girls. Either way a great friend group was formed. We called ourselves the “Sexy Six” and even had our own group message to keep in touch.

It was great. We had dinner together. We hung out together. We celebrated each others birthdays with door decorations and dinners. We would gossip and vent to each other. Some of us even took classes together. We were inseparable. Well, until we weren’t.

I can’t pinpoint the moment when it happened but suddenly we weren’t hanging out as much as we used to. The group message wasn’t in use anymore. We didn’t text each other asking, “What time is dinner?” We’d go with other people. Suddenly, we’d have to schedule our hang out sessions because we were all so busy with our clubs and our classes and our new friends. Eventually, we just stopped having hang out sessions at all.

That’s when I realized we grew apart. There was no fight. No drama. No falling out. We just weren’t really friends anymore. But by the time I realized this I had a new group of friends. We were having dinner all the time and hanging out in each other rooms. We were suddenly inseparable and it was like the whole friend process started all over again.

Over time even that friend group has truncated and I’ve gained new friends since then. Now I’d say I have a solid group of about four friends that I would consider my closest. The ones I run to with good news or bad news. The ones I ask for career advice or boy advice. The ones who know me sometimes even better than I know myself.

It’s this group of friends, the ones that I have inside jokes with. The ones who will travel to New York just celebrate my birthday with me.  This smaller group of people are the friends I think everyone was talking about. The one’s that will last forever. The ones who’ll be at my wedding and become godparents to my kids.

But what about that first group? Or even the second? What happened to those friends? As a Resident Assistant to freshman I see this all the time. The group of seven or even eight friends that instantly click during New Student Orientation and become thick as thieves. Taking group photos together, going to party togethers, doing everything together.

Then either the next semester or the following year things have changed. The group has shrunk, either being split down the middle or becoming something totally different entirely. Suddenly that big group has disbanded and they’re not one united front anymore.

So what happens? What changes? Well that’s easy. We do. We realize that although we may have loved the first friends we made when we got here and yes they totally helped us transition into college life there was probably a lot of things we didn’t know about each other before we decided we were going to be the best of friends. College is the time when we probably change the most. It’s the first time (for most of us) that we’re living away from our parents. When we’re on our own, making our own decisions. It’s the time when we get to experiment and try new things and learn what it is we’re really passionate about.

Of course that’s going to change from the time we first get here to the time we leave. And that’s fine. It’s expected even. And just as we change so do our friends. We discover we have different interests, different goals, different ideals, etc. This isn’t bad, it’s just the way it is.

It’s not bad to come to college and have this large group of friends. It’s great even. I wouldn’t change my “Sexy Six” crew for the world. It doesn’t matter if the friends you make here last for a year or last forever. What matters is all the different experiences you make with those people. The memories you forge with the different friends you make here matter and all those group photos you took will still mean something to you when you look back at them years from now, whether you’ve kept in touch with those people or not.

But when you do find that group of people that you know will be around for a while, the one’s you call your “ride or dies”? The ones who have seen you at your best and your worst. Well, those are the friends you know are worth keeping.

Staying up long enough to see the sun rise is never a good time. Unless you’re with your friends, chilling on a beach with a couple drinks. Then it’s okay.

But if you were just trapped in the library all night working on a paper or studying for an exam and then still have to get up the next day (or not go to sleep at all) it’s never a fun time.

Between trying to keep your eyes open throughout the day and just falling asleep anywhere that seems comfortable, all you can think about all day is when you’ll finally be back in your bed.

Here’s 15 GIFs that accurately depict your struggles throughout the day. Don’t worry you’ll make it to your bed . . . eventually.

1. “What is that horrible sound? I just got into bed!”

11. “Maybe if I keep blinking really fast no one will notice I’m taking five second naps.”

As an English major I am often asked either, “What are you going to do with that,” or, “So you want to be a teacher?” Many people either assume that if you’re studying English you plan to teach or they think you’re crazy, which is fair, considering if you look at the news lately English majors are not the most successful people and are usually ranked as the least.

Even so, I don’t appreciate when people try to make me doubt myself or my education choices. I want to be an English major and I believe in myself enough to trust that I will be able to do something profitable with what I learn. Plus, truthfully many people don’t end up doing what they thought they would be doing in college so relax.

That being said, there are bunch of people who have been successful after they studied English as an undergrad. Here’s 10, just to name a few. 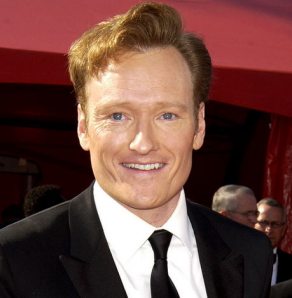 Many people don’t know this but before Conan O’Brien went into the show biz he attended Harvard University where he was a double major in history and English. And look at him now.

This boss lady who now co-hosts The View got her Bachelor of Arts in English from Sarah Lawrence College. Clearly English majors are destined to be talk show hosts. Just saying. 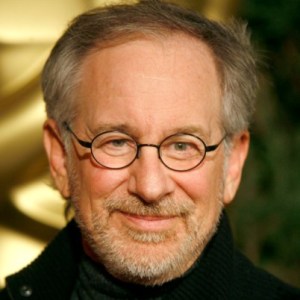 Before he became famous (and an amazing) director Steven Spielberg got his English degree from California State University. English majors are good on screen and behind the scenes.

This well-known news anchor learned how to master the English language at Wellesley College and now has been on multiple TV shows and continues to report the news in a flawless manner. Sawyer also puts her degree to good use as she writes for these shows as well. 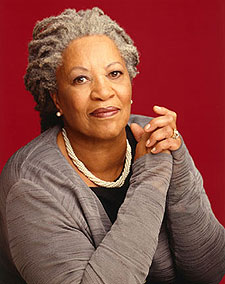 Joan Cusack got her B.A. in English from University of Wisconsin-Madison and has since become an Academy Award nominated actress. Obviously we’re also learning how to act in our English classes. Get on our level.

I wasn’t kidding about those acting classes. Jodie Foster studied English at Yale University and has become a global star, acting in various memorable roles, most notably, Clarice Starling in The Silence of the Lambs (a role she won an Oscar for by the way).

Not only are English majors successful but they’re also very attractive. To be fair that’s probably something we learn outside of the classroom but it’s worth noting. James Franco received his B.A. in English from UCLA. Ohhhhh kill ’em!

The good-looking English majors continue. Jon Hamm earned his B.A. in English from the University of Missouri and is now best known for his role as Donald Draper on the hit AMC show, Mad Men.

Last but certainly not least is Academy Award winning director, Martin Scorsee. Besides his Oscar win he has been Oscar-nominated multiple times and has been nominated this year as well. Scorsee is not only a director however, but also writes screenplays and acts. Go English majors!

I say this all to say that don’t let anyone scare you away from doing what you really want. You can study whatever you want to study and then later decide to do something else. It’s your life. Live it.