Despite Stacey Dash’s nonsensical statements, Black History Month (BHM) is in fact still happening this year and what better way to celebrate than with some reading. Check out this list of books, both fiction and nonfiction, to help you feel empowered, make you laugh, and get motivated to change the world.

1. How to Be Black by Baratunde Thurston

Start your BHM right by learning “how to be Black”. Thurston’s book of satirical essays that discuss how to be the best Black person you can be will keep you laughing and shaking your head at it’s realness.

2. Year of Yes by Shonda Rhimes

Queen of Shondland, Shonda Rhimes has found success in a medium that has never been that open to women of color. Learn about how for one year Rhimes said yes to every opportunity that came her way and how it changed her life.

Chimamanda Ngozi Adichie’s Americanah centers around a young Nigerian couple who are separated but come back togethers 15 years later and rediscover their love for each other and their homeland.

4. Between the World and Me by Ta-Nehisi Coates

Written as a letter to his son, Ta-Nehisi Coates dives into what it means to be Black in America, both in the present and in America’s history. Looking at his life experiences, Coates takes a hard look at race in America and what could be improved for the future.

5. I Know Why the Caged Bird Sings by Maya Angelou

Filled with heart wrenching moments that will make you both angry and sad, Maya Angelou tells the story of her life with honesty and understanding. However, this book isn’t a sad story about what happened to her but instead an uplifting story about how she was set free.

6. The Autobiography of Malcolm X by Malcolm X

From his childhood to his time in jail to his full dive into Islam, Malcolm X fully opens up about his ideals and how the American Dream doesn’t really include Black people. Whether you think his ideas are too extreme or not, they’ll definitely make you think.

Written as a screenplay, this novel follows Steve Harmon, a teenage boy in juvenile detention awaiting trial. Winner of multiple awards, this shocking story demonstrates how one decision can completely alter someone’s life.

8. The Misadventures of Awkward Black Girl by Issa Rae

In this collection of hilarious essays, Issae Rae, creator of the YouTube hit, The Misadventures of Awkward Black Girl, discusses her experiences as a creator of a YouTube show, dealing with people’s unwanted commentary, and rocking her natural hair.

9. Waiting to Exhale by Terry McMillan

Before it became an amazing film, Waiting to Exhale was a bestselling novel. Centered around four black women, each of whom are going through their own relationship trials, this book tells the story of the undeniable bonds that friends share.

This classic novel tells the story of Sethe, a woman who escaped slavery 18 years ago but is still running from the ghosts she thought she left behind there. Filled with suspense, this isn’t just a story about slavery but a story about a mother who’s still being haunted.

11. The Color Purple by Alice Walker

A tale about two sisters that are separated for years, The Color Purple is a classic that has since been turned into a movie and musical. Thought provoking, heart breaking, and inspiring this story is worth a read, and even a second if you’ve read it before.

Answering questions such as, “Am I the token Black friend?” or “Was that a microaggression?” Dear White People is the ultimate guide to living in “post-racial” America. 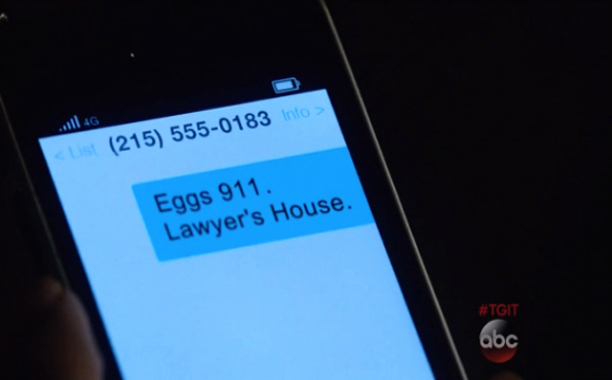 Thursday night’s HTGAWM finale left fans with a lot of questions, including who is “Eggs 911”? While being held captive in the Keating house, Rebecca Sutter (Katie Findlay) was able to grab Michaela Pratt’s phone long enough to send a text to an unknown number. All it said was, “Eggs 911. Lawyer’s House.”

Whoever it was either didn’t get to the house in time to save Rebecca or killed her themselves. The question is who is this mysterious person and what do they have to do with Rebecca’s murder? We’ll have to wait a few months to really find out but here’s a list of possible suspects. 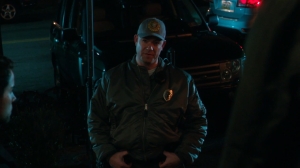 In part one of the finale Rebecca tells the Keating 4 that she tracked down the security guard who saw them all leaving the Keating house the night they killed Sam. It turns out Annalise and Frank “handled” him by having him fired for stalking some sorority girls. He’s now living in Delaware and Rebecca admitted to knowing just how to reach him in case she needed him to testify about what he saw that night. Maybe she thought he was the best bet to help her out of the mess she found herself in at the Keating house and sent him a text. Then again why not just use Annalise’s name? So many questions! 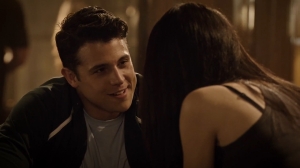 Sure Griffin and Rebecca had a rough relationship to say the least but maybe they patched things up and started working together. We haven’t seen Griffin (at least not in the present) for a few episodes and who knows what he’s been doing with his free time. Maybe Rebecca reached out and asked for help or made a deal with him. Either way it’d be an awesome plot twist if Griffin reappeared in season two. Here’s to hoping!

I know what you’re thinking. This is extremely unlikely but bear with me for a second. What if Rudy isn’t as whacked out as he seems? What if it’s all aploy so no one would know he’s really working with Rebecca. The text was sent to a number with the 215 area code, which indicates it’s someone in Philly. Who’s to say Rudy isn’t totally sane and he’s actually been helping Rebecca somehow? Wouldn’t that be crazy.

Everyone knows Sam’s sister, Hannah, hates Annalise and may have been in love with Sam. Who better to team up with Rebecca and help her against Annalise and crew? Plus she also disappeared rather quickly and has yet to return. Maybe she gave Rebecca her number before she left town but seeing the mess Rebecca was in when she arrived at the Keating house, killed her to tie up loose ends. But is Hannah really the killing type? Plus she probably wouldn’t have a Philly phone number. Unless she was using a burner phone. There are endless possibilities.

This is the most probable answer. “Eggs 911” is probably someone we haven’t met yet who’s sure to bring more drama and tension into the show. Maybe it’s one of Rebecca’s former dealer friends. Or another sorority girl Rebecca befriended. Who knows? Either way a new character would be good considering how many characters died in the first season. We could use some new faces at Middleton University. Plus Wes is going to need a new girlfriend to console him when he finds out his ex is dead. Talk about a bad breakup. Ouch.