Out with the old and in with the new. With a new year comes new challenges, new adventures, and probably new friends. Now I know Drake said, “No new friends,” but I believe there’s always room to meet new people. There’s also room to let go of some of those old friends. In this case I mean Facebook friends.

I remember a time when I used to want 1,000 Facebook friends. I thought that would be cool, to say I knew all these people. The thing is you might know 1,000 people but you don’t actually know them. Either you met them that one time at a party or you were once friends but you’re not anymore, or you don’t even remember how you became friends with this person. Either way, there’s a bunch of people that you probably don’t actually need to be friends with on Facebook and although it might be hard to let go it may be for the best. Here’s a list of some of the people you may want to delete before the New Year:

Of course, there are exceptions to the rules. Family members are off limits (even if they’re your third cousin twice removed). Childhood friends that you haven’t seen in a while but you still have fond memories of are totally allowed to stay. And really anyone you just feel wrong parting with, don’t. Obviously these exceptions could make all these rules invalid and that’s fine. Maybe you don’t want to get rid of any of your Facebook friends. No judgment.

Just remember all those people that you’re friends with can also back stalk you. Just a thought. Happy cleansing!

*This book is part of my Dystopia Book Challenge*

It’s been seven months since all the adults disappeared. Gone. It happens in one night: a girl who died now walks among the living; Zil and the Human Crew set fire to Perdido Beach; and amid the flames and smoke, Sam sees the figure of the boy he fears the most: Drake. But Drake is dead—or so they thought.

Perdido Beach burns and battles rage: Astrid against the Town Council; the Human Crew versus the mutants; and Sam against Drake, who is back from the dead and ready to finish where he and Sam left off. They say that death is a way to escape the FAYZ, but are the kids of Perdido Beach desperate enough to believe that death will set them free?

Lies is book three in Michael Grant’s Gone series and it seems these books get progressively darker as we go forward. I enjoyed this book but I also have a few issues with it but let’s start with the good stuff.

I actually liked how dark this book was. Grant doesn’t hold back in the realism of a world with no adults and a lot of chaos. I especially liked that we got to see some character changes and development. Astrid, for one, breaks through her “Astrid the Genius” mold completely in this novel. As head of the council she has all these ideas on how to make Perdido Beach better but is forced to face the fact that some things are out of her control.

Sam, although he did disappoint me at some points, also went through some questions in his character. So far in the series Sam has always been the hero. Even in book two when (*spoiler alert if you haven’t read Hunger*) he kind of loses it and gets beat by Drake, at the end of the day he’s still kind of the hero. He figured out how to take out The Darkness and used his wit (with Duck’s help) to do so.

In Lies Sam really starts to crumble apart and so does Astrid and it really forces them to look at their relationship. One question I think they really need to consider is if the FAYZ ended would they remain together or are they just clinging to each other because the FAYZ sucks and they want to hold onto something good? Who knows? Either way their relationship was seriously tested in this novel.

Now here’s my issues with the book. There will be spoilers so beware. As much as I liked this book the truth of the matter is there were some things in the plot that just didn’t really make sense:

Overall, I did enjoy the book a lot. A lot went down and it was crazy to see just how … well, crazy everything is getting in the FAYZ. Everyone in Perdido Beach is kind of losing it and truthfully I’m wondering how long they’ll all be able to survive like this. Definitely a good read and worth checking out.

Yeah, Sam, you’re still necessary. You’re like a god to us mere mortals. We can’t live without you. Later we’re going to build you a temple. Satisfied?

Stars: 4 out of 5. As much as I enjoyed this book I couldn’t ignore the fact that some things just didn’t make sense.

Borrow or Buy: Buy! This is the first book in the series that I bought and I don’t regret it. If I had more money I’d probably buy the whole series.

Honestly it was hard to pick just 15 but if I kept going we’d be here all day. Feel free to comment who you think should’ve be on this list. Now, shall we begin? (Disclaimer: This is in no particular order.)

Although this list isn’t in any special order Idris had to be number one. Let’s be real about this. 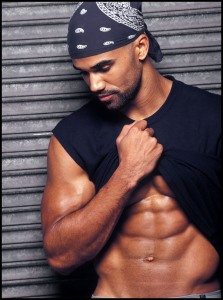 It should be criminal for him to look this fine.

He’s going to be back on the market soon ladies. Get ready! 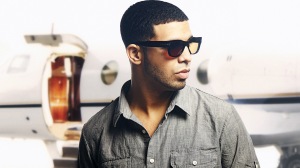 This boy is all swirled up and ready to go. 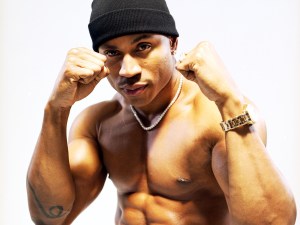 His nickname literally means, “Ladies Love Cool James”. It might be cocky but it’s true.

His role as the horrible husband in This Christmas gave me a negative impression about him but his good looks fixes all of that.

LOOK AT THOSE ABS!!! LOOK AT THEM!

Another actor who played a horrible character but has the smile of an angel. *sigh*

Keeping it fresh since the 90s.

The darker the berry the sweeter the fruit, y’all. 😉

His smile + the dimples + the abs = everything I’ve ever wanted.

His eyes just draw me in. Every time.

Sorry I had to do it. He’s too attractive. I just can’t.