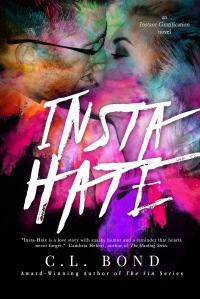 When Alexandria Ray’s romance series becomes an overnight sensation, the world and its demands close in on her. After years of struggling to maintain the pace her publisher, agent and the world expects, she needs a break. Enrolling as a student at Columbia University is step one to finding herself again. Finding Arsen Daniel was not on her list.

Arsen Daniel, along with his best friend, built an empire in the form of an exclusive, psychology-based dating service. When an old friend invites him to teach a course at Columbia, he accepts. The course? The Psychology of Love. Sounds simple enough and the publicity alone will make it worth his time.

Arsen didn’t expect to meet his match in the form of a sarcastic blonde, hell bent on holding to her belief that true love doesn’t actually exist. After all, what woman, especially a world-renowned romance writer, doesn’t believe in happily ever after?

Something in Alexandria’s eyes tortures him. She reminds him of someone from his past and that is a very bad thing.

Honestly, I was thoroughly surprised by how much I ended up enjoying this novel. I discovered Insta-Hate through my daily BookBub ebook deals email and books I’ve discovered on there have really been hit or miss. I’ve been burned by the past two books I got from there so I was hesitant to give this book a try but I am so glad I did.

Insta-Hate is told in alternating point of views of Arsen and Alexandria (Lex), and I loved both of these characters pretty much as soon as they were introduced. Lex is a best selling author who’s agent is the worst. When Lex is offered this huge book deal that will basically make her insanely wealthy, she decides to pass it up, realizing she needs a break to figure out what she really wants. Since Lex never went to college she decides to take a class at Columbia where her best friend just happens to work in admissions. It’s always good to have a friend on the inside when you’re trying to start college in your mid-twenties.

Anyway, it’s at Columbia, specifically at a frat party, where Arsen and Lex bump into each other. Arsen runs this site called Instant Gratification, which is basically eHarmony but better somehow. The point is, Arsen’s pretty well off as the company is incredibly successful, which is why he let his friend convince him to be a guest lecturer at Columbia, teaching a class about love. Of course, that’s the class Lex is taking. However, they don’t know this at first when they bump into each other.

Instead, Arsen mistakes Lex for someone else and thus begins their love story and it’s pretty great. Even though the novel is titled Insta-Hate, it’s not a hate turned into love story. Sure, Lex definitely isn’t Arsen’s biggest fan at first (she threatens to tase him), but that’s not really what this novel is about. In fact, the novel took a turn that I kind of suspected but was also very surprised by, which I loved.

My only issue with this novel was some things went unexplained and I wasn’t sure why. For example, Lex ends up getting into this writing groove later on in the novel and writes this book that is supposedly amazing and yet I could not tell you what this book is about. I’m assuming it’s about her life story but that was never explicitly said and that confused me. Also, there’s one point in the novel when Arsen starts acting really stupid and on the one hand I could kind of understand why but the whole time I just wanted to shake him and say, “Stop being this way!” Thankfully, he did, in fact, stop being that way.

Overall though, this book really surprised. I was pretty hooked from the very beginning and I think I read the whole book in a day. Insta-Hate is definitely a quick romantic read that does have a few steamy scenes but it’s definitely not erotica. It includes a love of funny characters. In particular, I loved Lex and her friends Ave and Jillian. They were hilarious.

Definitely give this book a chance if you’re looking for a cute and quick read. I highly recommend it.

“Lust was a liar and I couldn’t afford to trust that slut.”