Earlier this year, Instagram rolled out their new algorithm, which altered the way users’ feeds now appear. Rather than posts showing up in chronological order, they now appear based on the user’s past likes and the post’s popularity, at least in theory. In truth, no one really knows how exactly the algorithm determines which posts to show users or not, but for most Instagrammers it’s agreed that the algorithm has completely altered the way they engage with followers.

Most Instagrammers and bloggers note that since the new algorithm was implemented they’ve seen a drop in engagement on their accounts. Thus, out of the algorithm came the pods. If you use Instagram as an influencer or blogger, you’ve probably heard of Instagram pods. Essentially, a pod is a group of Instagrammers that share their posts with each other and every one within the group has to like and/or comment on each other posts. The idea is guaranteed likes and/or comments equal guaranteed engagement on your posts, therefore bettering the odds of your posts being seen by more people.

While the idea behind the pods sounds good, there are many who are hesitant about joining them.

For Kayla King (@_thesummerlover_), it was a long while before she decided to give Instagram pods a chance.

“I was hesitant to join a pod because it just didn’t feel real to me,” she said. 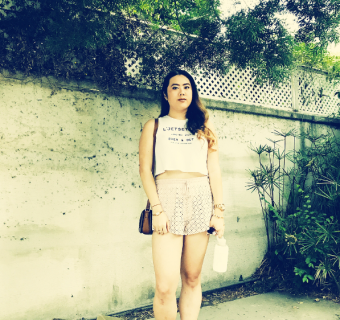 Alex Welch (@thecheerfulcloset), who plans on never joining a pod, has a similar sentiment.

However, for many people who are in pods, they feel these groups aren’t just about the likes and comments, it’s about meeting with and working with others who have the same general ideas and goals as themselves.

For King, one of her favorite parts about being in a pod is getting to work with others who are in her same “niche of wellness lifestyle, fitness, [and] nutrition.”

“It’s honestly exciting to be involved with girls who love the same things I do,” she added.

Similarly, Jillian Waun (@justgigiblog), who was once in six pods before deciding to leave them all, found that while she ultimately decided pods weren’t for her, she did discover “some great accounts and met some amazing bloggers from Instagram pods.”

Sarah Caton (@spaceplaceandgrace), who remains in a few pods, agreed, stating, “I have met many bloggers I may have never previously encountered and I continue to follow and engage with them despite having left the pod.”

While it’s great that Instagram pods do build connections amongst other Instagrammers, do they actually help your Instagram’s growth? For Waun, the answer was both yes and no.

“I definitely saw my engagement go up,” she said of her experience. “I had a ton of comments, I got about 100 more likes than usual, and in my Instagram insights tab it said a lot more people than usual were viewing my Instagram profile and clicking on my site.

“On the flip side, I felt this ‘growth’ was fake and when I left all my pods, it proved to me that it was. My engagement went down, along with likes, comments, and followers.”

For Caton, “fake likes” weren’t the reason some pods didn’t work for her; it was a lack of participation.

“I believe [pods] helped for awhile,” she said. “Sure, my basic ‘like’ and ‘comment’ stats went up, but I felt like the groups had inconsistent participation and some people would fail to leave sincere comments, which made my posts’ engagement look spammy.”

So are pods really worth it or are there better ways to try and increase the engagement of your Instagram?

Darrian Duckworth (@darrianmduck), who left the pod she was in, believes that it depends on what you’re trying to get out of it.

“If you’re looking to make connections with other people in a certain niche, then I would definitely recommend joining one, even if for only a short amount of time,” she said. “Really take the time to decide whether or not it is right for you and if you fit into the group.” 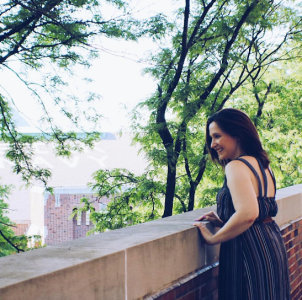 Similarly, King suggests only joining a pod if you’re working with accounts you actually love.

“But just take it all with a grain of salt, because it’s a not a lasting solution and it’s not the best way to really see growth,” she added.

Wuan, however, feels differently, and suggests there’s better ways to get engagement than through the pods.

“Just be genuine and create good content,” she said. “Connect with other Instagrammers outside of pods. Don’t focus on likes, followers, and comments… it only brings someone’s creativity down. Allow yourself to be different and not follow the crowd.”

If you do choose to join a pod the most important thing is to make sure you’re willing to put in as much as you’re going to get out of the group.

“Join only if you can keep up and authentically engage, such as leaving meaningful comments,” Caton said. “Know when to leave a group or scale back if you are struggling to engage [with] all [the] posts.”

“If you don’t want a huge commitment, a like-only pod would probably be best because it’s much quicker to just like photos as they come in,” Alexandria Taylor (@chapter_fifteen), who’s currently in two pods, added. “If you’re willing to put in more effort, a like and comment pod might be a good fit.”

Thank you to Kayla King, Alex Welch, Jillian Waun, Sarah Caton, Darrian Duckworth, and Alexandria Taylor for answering my questions. You can check out each of their blogs by simply clicking their names.