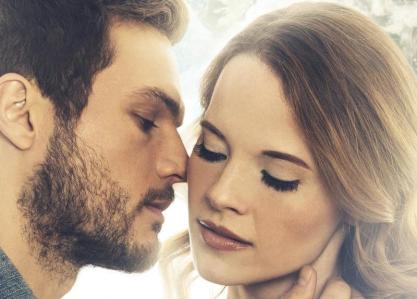 *Warning: Spoilers from the novel Confess by Colleen Hoover will be in this review. Read at your own risk.*

Confess is my favorite Colleen Hoover book so when I heard it was being turned into show I had my reservations. The book was phenomenal and I just couldn’t believe a show could do it justice. But then I heard Katie Leclerc from Switched at Birth was playing Auburn and I was like, “Okay, now I’m intrigued.” So yesterday I binged watched the whole seven episode season and it was totally worth the watch.

On the show, Auburn moved to L.A. (in the novel it was Dallas, Texas) to be closer to her son A.J. and try to get custody of him from A.J.’s paternal grandmother, Lydia. On the lookout for a job, she stumbled upon a art gallery where she met Owen, who ended up hiring her for the night to help him with an art showing he was having that night. Naturally, there was strong chemistry between them but with Auburn trying to gain custody of her son Owen was the last guy she needed to fall for. He was keeping a big secret and Auburn’s association with him could be the one thing that stopped her from getting her son back.

The show definitely made some changes from the book but nothing too major. The time between A.J.’s father’s death and the present is longer (in the show it’s 10 years). Also, Auburn’s job is different. In the novel she worked at a hair salon but on the show she works in a nursing home. Additionally, her relationship with Trey was way more serious in the show than it was in the novel. Again, these changes were small and didn’t really bother me.

The only change I kind of had an issue with was how they changed Auburn’s back story and the reason why she gave up custody of A.J. to Lydia. I won’t spoil it because it doesn’t really get revealed until later on but the change seemed strange to me. As in, I don’t know why the show writer thought it was necessary. I thought the explanation behind why Auburn gave A.J. up to Lydia was fine in the novel. Still, this wasn’t such a big deal, especially in the grand scheme of things.

A change I really did enjoy was Auburn’s roommate, Emory. In the novel, she and Auburn are more friendly than actually friends. However, in the show they were actually really close. Emory and their other coworker were there for Auburn and that was something Auburn didn’t really have in the novel. She really only had Owen’s support and as much as I love Owen I liked that Auburn had friends to turn to in the show.

Overall, the show stuck to the most important parts of the novel. I loved Owen and Auburn and their chemistry was just as good as it was in the book to me. Also, I hated Lydia and Trey, A.J.’s uncle, even more in the show than I did in the book. I liked that the show proves just how manipulative Trey is because there are scenes that weren’t in the book since the book is only told in Owen and Auburn’s point of views.

The show also handled all the plot twists so well. The flashbacks were set up perfectly and I liked how the end, which is my favorite part, was revealed. Also, my favorite lines were in the show, which made me incredibly happy.

Even knowing how the show would end, I was totally hooked, which is why I watched it all in one sitting. I definitely suggest giving the show a watch, especially if you loved the novel as much as I did.

You can find Confess on go90.