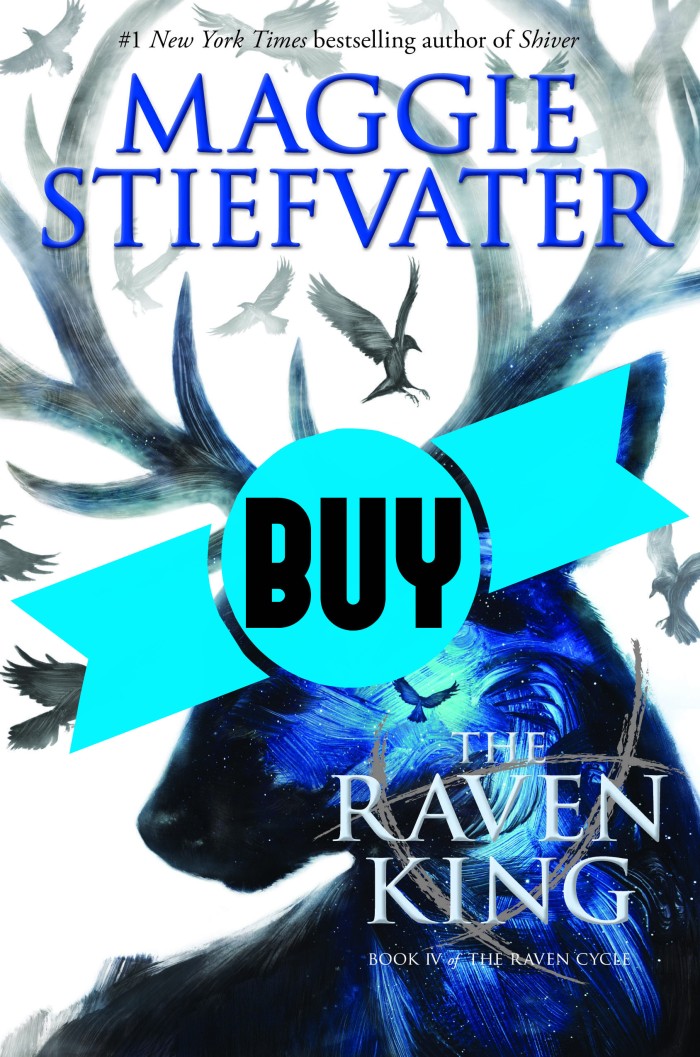 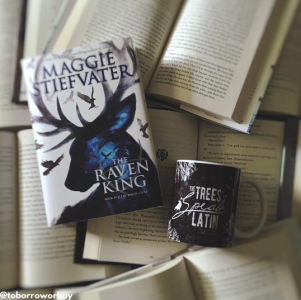 All her life, Blue has been warned that she will cause her true love’s death. She doesn’t believe in true love and never thought this would be a problem, but as her life becomes caught up in the strange and sinister world of the Raven Boys, she’s not so sure anymore.

*WARNING: This review contains minimal spoilers for the first three books in The Raven Cycle series. Read at your own risk!*

I have mixed feelings about this book. I loved the characters, especially Henry who entered a more starring role in this novel, and the demon mixed with Piper was interesting. I also really liked the relationships and they gave me all the feels. What I really had a problem with was the plot. I wish I could say I understood the ending or the last 100 pages in general but I didn’t. The book kind of went way left in my opinion. Basically everything I suspected to happen didn’t happen and typically I’m happy to be caught by surprise but in this instance nothing made sense to me.

I’m not going to spoil it but I will say that to me the ending just made Gansey’s whole search for Glendower seem kind of meaningless. Similarly, I was really confused about Noah’s role and honestly I forgot about him multiple times during this book. I had to keep reminding myself who the fourth Raven Boy was and it felt like the reason Henry got a bigger role was because he kind of took Noah’s place. And I really did like Henry and thought he was a great addition, it just seemed strange to me that Noah was kind of phased out.

Also, the whole “Gansey’s going to die,” thing seemed very anticlimactic to me. We were told from the very first book that Gansey was going to die and then how everything played out just seemed kind of lame to me. I expected more. A lot more. If something’s going to be built up for four books I expect it to be a big deal and not what it turned out to be.

But despite these things I also genuinely loved this book, which is why I’m confused. Honestly if you’re a person that loves characters more than plot than you will enjoy this book. If you care more about the plot than you will hate this book. My favorite parts about this book were the relationships honestly. I could reread those scenes over and over again. Everything else I didn’t really care about to be honest. The magic stopped being interesting to me when I no longer understood it. The end just felt too random and it felt like the rules of magic I began to accept from the series suddenly changed.

Have you read The Raven King? Did you like it? Let me know in the comments! I’m dying to discuss this someone! 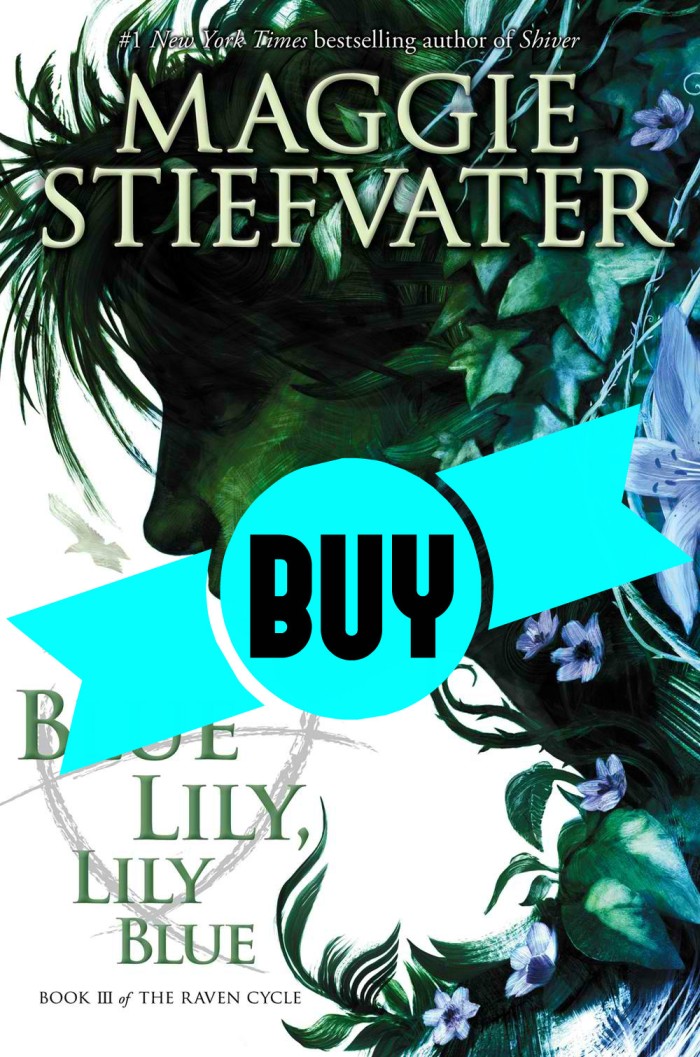 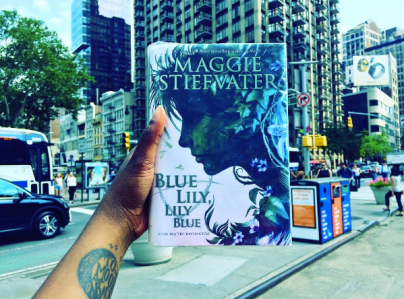 The trick with found things, though, is how easily they can be lost.

*Note: There will be minor spoilers for The Raven Boys and The Dream Thieves in this review. Read at your own risk*

So far Blue Lily, Lily Blue is the most action packed book in The Raven Cycle series. While everyone is looking for Blue’s mother, Maura, new characters show up in town causing even more havoc. It feels like the Raven Boys and Blue are being hit on all sides and they still haven’t found Glendower. The stress and anticipation is building because just as the group discovers more answers they’re also left with even more questions.

I have to say this book was my favorite so far. We learned a lot more about each of the characters and it really feels like the Raven Boys and Blue’s friendship is super solid now. Also the addition of Gansey’s friend, Malory, to the group was really funny and interesting since he’s an old man. It was cool seeing how Ronan and Adam bonded over their annoyance with Malory, and Malory’s dog was also an interesting addition.

The ending of this book really took me by surprise and once again I absolutely loved it. I definitely understand now what Maggie Stiefvater was saying about how she always ends her books on a cliffhanger. She really does. I’m so glad I already have The Raven King because if I had to wait to get it from the library I would’ve been very upset. I don’t know how people waited years to know what happened next. I would’ve lost it.

I’m super excited and also very nervous to now be on the last book in the series. I don’t want it to end but I also really want to know what happens. If you haven’t picked up the Raven Cycle series yet make sure to do so ASAP. It’s definitely worth a read.

There was something unfamiliar about him. Something ferocious about his eyes, some sort of bite in his faint smile. Something altogether hectic and unsettled. She stood on the ledge of his smile and looked over the edge.

Love is Not a Triangle 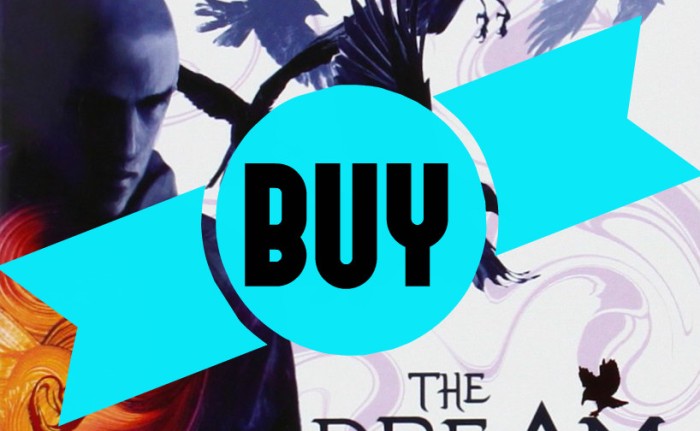 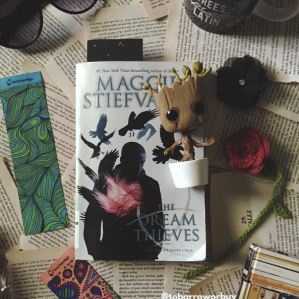 If you could steal things from dreams, what would you take?

One secret: Ronan can bring things out of his dreams.

And sometimes he’s not the only one who wants those things.

Ronan is one of the raven boys – a group of friends, practically brothers, searching for a dead king named Glendower, who they think is hidden somewhere in the hills by their elite private school, Aglionby Academy. The path to Glendower has long lived as an undercurrent beneath town. But now, like Ronan’s secrets, it is beginning to rise to the surface – changing everything in its wake.

*WARNING: If you haven’t read The Raven Boys yet DO NOT read this review. There will be spoilers.*

This novel was really centered around Ronan and the Lynch family and I loved that. It was interesting to learn more about Ronan and his ability to take things from dreams and where it came from.

As usual, I also really love the raven boys dynamic as a whole. Adam is struggling with his new relationship or bonding with Cabeswater, which effects his relationship with Blue. Meanwhile, Ganesy is in denial that Adam went behind his back to Cabeswater and Noah is fading in and out along with the ley line. This group in five are just hilarious together. They’re so witty, snarky, and full of sass. Similarly, all the ladies of 300 Fox Way are crazy in the best possible way. They somehow all manage to work together and move each other, while still have these very different personalities.

In this book we also got a new character, Mr. Gray, who I was really intrigued by. He’s kind of strange but honestly in this series, who isn’t? Besides him we also see Kavinsky who may have been in the first novel (I don’t remember) but he wasn’t as relevant as he is in this book. Kavinsky plays a big role in this book and it was interesting to see how he messed with the raven boys dynamic.

Overall, I really liked this book and the cliff hanger at the end. Thank God I waited until all the books were out before diving into this series because I don’t think I could’ve waited a year to know what happens next. Also, on that note, I met Maggie Stiefvater at Book Con over the weekend and when I told her I was reading the series now she said that was probably a good idea because she heard the author tends to end her books on cliff hangers, which I thought was hilarious.

Borrow or Buy: Buy! I plan on buying all the books in this series once I get a new book shelf. I got The Raven King when I was at Book Con so now I just need the other three.

“In that moment, Blue was a little in love with all of them.
Their magic. Their quest. Their awfulness and strangeness.
Her raven boys.”

Wrapped Up In Books