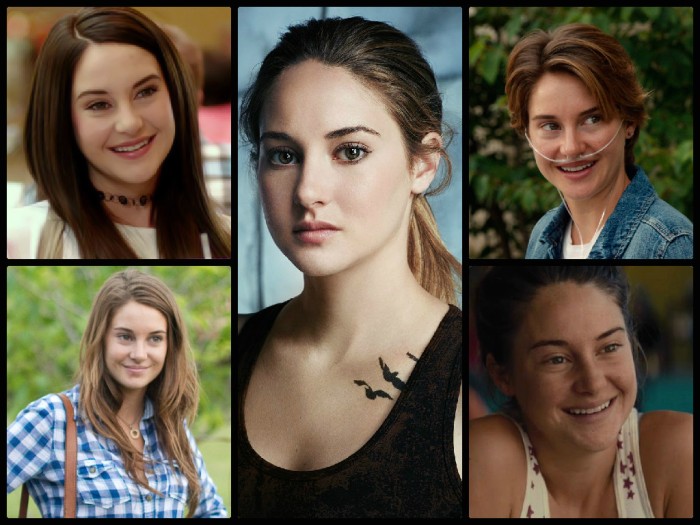 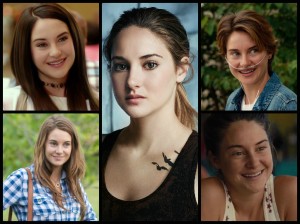 Shailene Woodley went from playing pregnant teen Amy on The Secret Life of the American Teenager to becoming a bonafide actress in Hollywood. One interesting thing about Woodley is the majority of the films she stars in were based on books. That’s also mainly because a lot of movies are based on books these days but still it’s interesting that this has become a common occurrence for Woodley.

In total she’s played five different book characters. Which one is your fave?

Should erotica be considered literature?

With a total of 42.86%, the answer is a resounding yes. Stay tuned next week to see the results of this week’s poll.

Finally after hearing about the movie, seeing John Green vlog about, seeing pics from the set, and the teaser video yesterday, the trailer is here and I couldn’t be any more excited. If you haven’t seen it yet here it is:

I’m am so excited to see this film. First of all, we know Green was pretty involved in it so I feel like they won’t stray too far from the book. From the trailer it looks like they stay pretty faithful which is awesome.

Second, I have to give credit where it’s due and Shailene Woodley is a boss. I’ll be the first to admit that I had my doubts because of her involvement in The Secret of the American Teenager but she truly is a great actress and this is just another indication that we need to stop judging actors based solely on one of their roles. I’ve heard good things about Woodley before but I didn’t really believe it until I saw her in the trailer for this and Divergent (she must like books). Either way I think this was great casting. Not only with Woodley but also with Ansel Elgort as a Augustus and Nat Wolff as Isaac. Good job everyone.

Lastly, this movie is definitely going to be a killer. I almost grabbed my tissue box just watching the trailer. It just reminded me why I loved the book in the first place (time to reread it again?). I truly think this film will do well especially among the fans of the novel. I’m so excited and sad that we have to wait so long for it to come out. Oh the agony!

The Fault in Our Stars expected release date is June 6. Until then I’ll be watching the trailer 100 times and crying my eyes out.

Tears guys. All the tears. I just can’t.

As Hollywood gets less creative and innovative we see the increase of books being turned into movies. Of course, this isn’t a new practice its just become more frequent. Here’s the books that I’m most interested to see on the big screen this year (so far anyway).

I love this book series by Richelle Mead (I own almost all of the books), which is why I’m a little disappointed in what I’ve seen of the movie so far. This film looks more like a comedy then the drama and love filled series of books I remember. Even though I’m going to try to resist, I’m sure I’ll still end up going to see this movie in theaters. Maybe since my expectations are so low the movie will actually surpass them.

I’m still on the waiting list to get this book from the library so I can’t really say how the trailer compares to the novel. What I can say is the trailer looked so good I felt inspired to actually read the first book in this trilogy created by Veronica Roth. I’d heard a lot about these books and it was all over Tumblr but I resisted reading it because it sounded like just another dystopian novel with a heroine and her love interest. Even though I tend to love books like that I was getting sick of reading the same thing. Even so, this trailer does look really good so I’m willing to give a book a try to prep for the film. 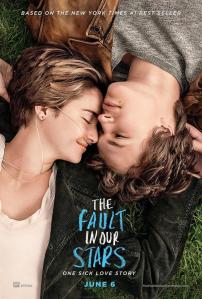 I loved this book by John Green. It’s probably my favorite book by him and he’s written some great ones. There’s no trailer yet so I can’t say how close I think it’ll resemble the book but the movie poster looks great and Green was heavily involved in the making of the film so I have high hopes for it. All we can do now is wait and see. If you haven’t read the book yet I would definitely recommend it. 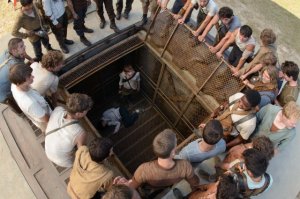 This is based on another book I didn’t read. I did try to read it however, I just couldn’t get into. I think I got three chapters in before I gave up. However, because Dylan O’Brien will be playing the main character and I’m obsessed with him I might still give this one a try. It depends on how the trailer looks when it comes out, which I’m guessing will be released when Divergent drops. We shall see. 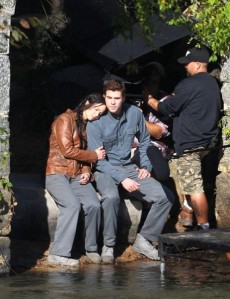 In my personal opinion (and I’ve found many others agree with me) this was the worst book in the trilogy. Though I applaud Suzanne Collins for keeping it real with all the deaths that occur in this last book (because lets face it, this is a war; there will be casualties) it was still not the best book. Therefore I’m kind of hoping the writers, directors, and makers of this film take creative license over this one. As long as they didn’t stray to far from the novel I’d be okay with it. We’ve got a long way to go before this comes out but I’m hoping for the best. The first two films were great and I’m expecting these last two will be just as good. 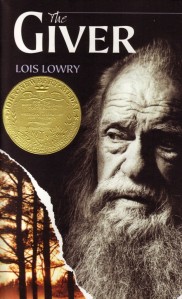 I don’t even remember how long ago I read this book but similar to a lot of these novels that are being adapted into films, this is based on a dystopian world where the Giver is the only person who is allowed access to the true memories of the past. Every child is dictated what their job will be for the rest of their lives and the main character, Jonas, is chosen to learn from the Giver so he can become the next one. Its too early to tell how this will turn out. The fact that Taylor Swift has been casted in it doesn’t bode well for me since she didn’t do well in Valentine’s Day. However, Meryl Streep will also be in the film and I love her so I’ll give it points for that. Fingers crossed.