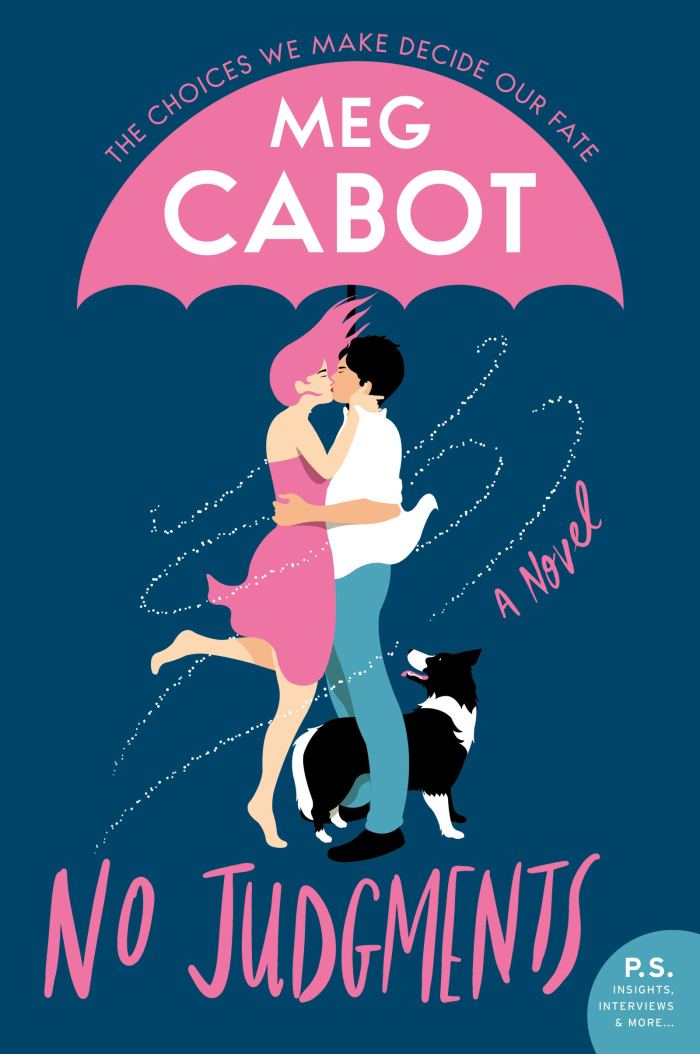 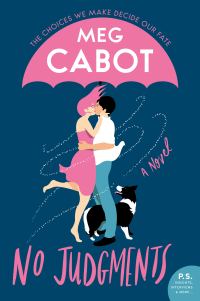 When a massive hurricane severs all power and cell service to Little Bridge Island—as well as its connection to the mainland—twenty-five-year-old Bree Beckham isn’t worried . . . at first. She’s already escaped one storm—her emotionally abusive ex—so a hurricane seems like it will be a piece of cake.

But animal-loving Bree does become alarmed when she realizes how many islanders have been cut off from their beloved pets. Now it’s up to her to save as many of Little Bridge’s cats and dogs as she can . . . but to do so, she’s going to need help—help she has no choice but to accept from her boss’s sexy nephew, Drew Hartwell, the Mermaid Café’s most notorious heartbreaker.

But when Bree starts falling for Drew, just as Little Bridge’s power is restored and her penitent ex shows up, she has to ask herself if her island fling was only a result of the stormy weather, or if it could last during clear skies too.

*I received a free advanced reader’s copy of this book from William Morrow at BookExpo. This did not influence my review of this book in anyway. This is an honest review of the novel as I saw it. This novel will be released on September 24, 2019.*

I typically love Meg Cabot’s books. Whether it’s her YA novels or her adult novels, I almost always enjoy them. Which is why I was very disappointed by No Judgments.

It’s been a while since I read a Cabot book, but she was signing at BookExpo and I figured why not. I mean, she’s Meg Cabot. She’s, to put it mildly, a legend and an inspiration. I could not miss out. So I got an ARC of this book, which I didn’t really know much about, and decided to give it a try (after I read the quick novella that precedes it, Bridal Boot Camp). Unfortunately, No Judgments wasn’t really interesting.

The novel follows Bree who lives on Little Bridge Island, a fictional island off the coast of Florida, that she used to visit with her family over the summer. Except Bree is now there to stay because her father is dead, her ex sucks, and her mom didn’t totally believe her when she tried to explain why her ex sucks. The premise of this novel, at least based on the synopsis, is that a hurricane comes through the island and many residents have to leave the island without their pets so Bree decides to rescue them all. With some help from the town hottie Drew, of course.

The issue is that plot point doesn’t come until you’re about halfway through the book. Most of the book is build up to the hurricane. Bree gets calls from pretty much everyone who’s not on the island warning her to leave; she refuses. Meanwhile, everyone on the island is chilling as if a hurricane isn’t heading right towards them. Basically, there were just way too many conversations about this hurricane and not enough actual romance, which is simply because the romance doesn’t really get going until the hurricane arrives.

Thus, I was pretty bored for most of the novel. Once the hurricane hit things got a little more interesting, but because it took so long to build up to the romance it just ended up feeling pretty rushed to me. There wasn’t really any kind of slow burn or instalove with conflict that pulls them apart and then they make their way back to each other. Bree and Drew kind of just fell into each other and then the book was pretty much over.

Therefore, I cannot recommend this Cabot novel. Don’t let this dissuade from reading Cabot’s books entirely if you haven’t yet though. I suggest reading the Mediator series if you love YA and The Boy Next Door series if you like adult romance. But No Judgments? Skip it.