Back again for another Hate It or Love It this week. As always I’ll be taking a look at iTunes top 10 singles for the week (or really the current moment that I check it) and saying whether I hate it or love. Here we go. 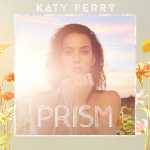 Thank you Katy for knocking down Timber a peg. I still love this song although I definitely haven’t been listening to it as much as I was last week. You go Katy!

I think I already made it expressly clear how much I dislike this song last week so I won’t go into it again. Definitely still hate it.

3. Say Something by A Great Big World & Christina Aguilera

Love this song. One of my favorite love songs. Also, I’ve found it’s a good song to do my readings to. Very peaceful and calming. Love it!

Speaking of songs to add to my “Study” playlist, this one’s a goodie. It’s a little more upbeat than “Say Something” but it’s still a pretty chill song. I love it.

5. Let Her Go by Passenger

Okay I might just make a new playlist out of these songs. This is such a soft, relaxing song (despite the kind of sad lyrics). Definitely a song I’ll be listening to while I lay on my bed, flipping through my reading, and bopping my head along to the music. Love it.

Finally, a new one on the list. Truthfully, this isn’t really my type of music. This is definitely a song I wouldn’t have listened to of my own volition but I like it. It’s different but good. I’ve never heard of Bastille but they’re an Alternative music group made up of four guys (two of which are very attractive by the way) and they sound great. I like the vocals and the lyrics sound kind of trippy to me. When I hear it I can just imagine someone closing their eyes and dancing around in the grass, swaying their arms around. Either way, I enjoy it. I might not put it in my iTunes library but I won’t change the station if it comes on the radio.

Another new edition to the list, Lorde has gotten another single onto the top 10. This song sounds like “Royals” transformed into a love song. She’s still talking about “living in a city you’ll never see on screen” but now it’s not about being with her friends but having a partner on the team with her. I think the song is cute and for a 17-year old girl, pretty deep. I love it.

8. The Monster by Eminem ft. Rihanna

Still loving this song but it’s getting to the point where it’s starting to get annoying which may be evident by it’s tiny drop on the list. We’ll see if it still makes it on the top 10 next week.

9. Story of My Life by One Direction 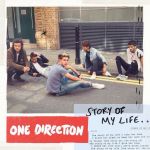 Still loving it. I don’t listen to it often and it’s not in my iTunes so I’m clearly not obsessed with it but I like it. I think it’s a cute, typical One Direction song.

Another new addition to the list. Aloe Blacc has been around a while apparently but he’s new to me. I like him. He sounds great and I can just imagine him singing this to me and I love it. He reminds of Mario a little in “Let Me Love You” because he’s basically telling a woman he will be there for her, always, and she can let everyone know because it’s true. I love it. Adding to my iTunes now.

Now that I’ve given my opinions on these songs, let me know what you think by voting for your favorite song of this week. Thanks!

q: do you use bookmarks, dog ear (🤢), or just close your book and hope for the best?