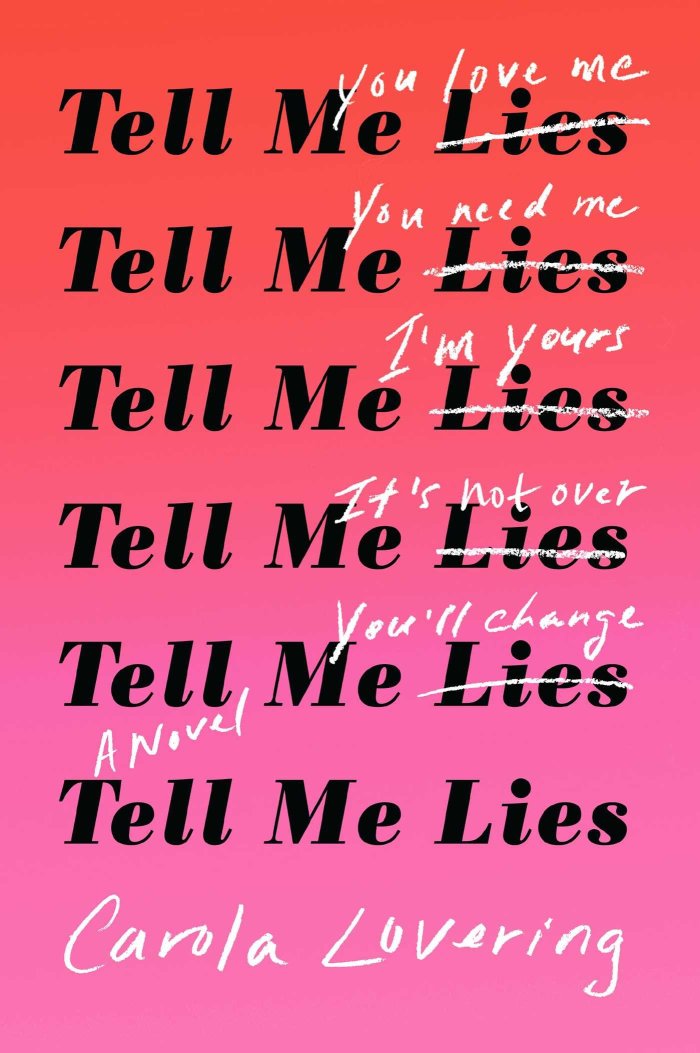 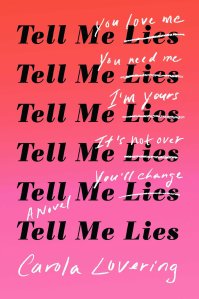 Lucy Albright is far from her Long Island upbringing when she arrives on the campus of her small California college, and happy to be hundreds of miles from her mother, whom she’s never forgiven for an act of betrayal in her early teen years. Quickly grasping at her fresh start, Lucy embraces college life and all it has to offer—new friends, wild parties, stimulating classes. And then she meets Stephen DeMarco. Charming. Attractive. Complicated. Devastating.

Confident and cocksure, Stephen sees something in Lucy that no one else has, and she’s quickly seduced by this vision of herself, and the sense of possibility that his attention brings her. Meanwhile, Stephen is determined to forget an incident buried in his past that, if exposed, could ruin him, and his single-minded drive for success extends to winning, and keeping, Lucy’s heart.

Lucy knows there’s something about Stephen that isn’t to be trusted. Stephen knows Lucy can’t tear herself away. And their addicting entanglement will have consequences they never could have imagined.

Alternating between Lucy’s and Stephen’s voices, TELL ME LIES follows their connection through college and post-college life in New York City. With the psychological insight and biting wit of Luckiest Girl Alive, and the yearning ambitions and desires ofSweetbitter, this keenly intelligent and staggeringly resonant novel chronicles the exhilaration and dilemmas of young adulthood, and the difficulty of letting go—even when you know you should.

*I received a free digital advanced reader’s copy of this book from Atria Books. This did not influence my review of this book in anyway. This is an honest review of the novel as I saw it. This novel was released on June 12, 2018.*

On the eve of her best friend and former roommate’s wedding, Lucy Albright is nervous because for the first time in years she will see her ex, Stephen DeMarco. As the moment Lucy will see Stephen draws near, author Carola Lovering takes readers back to the beginning. Through Lucy and Stephen’s points of view, Lovering demonstrates how their tumultuous and toxic relationship began and then ultimately came to an end.

I found the parallel POVs to be interesting because the way Lucy and Stephen viewed their relationship, if you could even really call it that, was vastly different. At first, Lucy wasn’t all that interested in Stephen, however as soon as Stephen saw Lucy he knew she would be his next conquest, because Stephen, unfortunately for Lucy, is a sociopath who doesn’t know how to be in a real relationship. And I don’t call Stephen a sociopath in a joking manner, I mean it was eventually deemed by a psychiatrist that Stephen is actually a sociopath, though I’m confident readers could come to that conclusion on their own. Unfortunately, Lucy could not.

I know that people, particularly women, can often be blinded by love, but Lucy’s tunnel vision when it came to Stephen was so extreme it was a little hard for me to believe. For most of the novel, Stephen was in a relationship with someone else while sleeping with Lucy, a fact Lucy was well of aware, but was able to look past, convincing herself that one day Stephen would just want to be with her. Honestly, Lucy’s POV was very hard to read because I often just wanted to shake her and tell her, “Stephen is honestly the worst and you deserve way more than what he’s giving you.” Thankfully, her friend Jackie was there to say all the things I was thinking, not that Lucy listened.

On the flip side, Stephen’s POV was hard to read because he was just so callous and had such a disregard for everyone’s feelings. Again, he’s a sociopath, but still. He was terrifyingly detached and a horrible person. While I understand why having Stephen’s POV was necessary for the story, I felt like I could’ve done without it. He just infuriated me so much, and while I know he’s not supposed to be a likable character it was just too much for me and I didn’t enjoy reading his POV at all.

Overall, my frustrations with Lucy and my total dislike of Stephen really pulled me out of this story so I didn’t enjoy as much as I wished I’d had. That said, Lovering told an interesting story and while I can thankfully say I’ve never let a guy take advantage of me the way Lucy let Stephen take advantage of her, I know this story will be relatable to a number of people. So though this wasn’t the book for me, I would argue that it’s definitely the book for someone else.