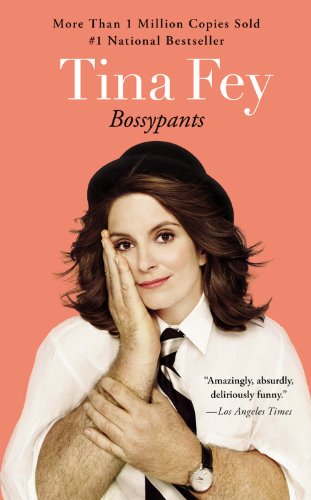 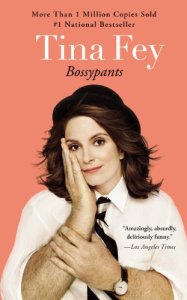 Before Liz Lemon, before “Weekend Update,” before “Sarah Palin,” Tina Fey was just a young girl with a dream: a recurring stress dream that she was being chased through a local airport by her middle-school gym teacher. She also had a dream that one day she would be a comedian on TV.

She has seen both these dreams come true.

At last, Tina Fey’s story can be told. From her youthful days as a vicious nerd to her tour of duty on Saturday Night Live; from her passionately halfhearted pursuit of physical beauty to her life as a mother eating things off the floor; from her one-sided college romance to her nearly fatal honeymoon — from the beginning of this paragraph to this final sentence.

Tina Fey reveals all, and proves what we’ve all suspected: you’re no one until someone calls you bossy.

Although this took me long to finish (mostly because I forgot I had it) this was great. I listened to the audio version because I’m now in this phase of letting female comedians inspire me. Seriously though, Tina Fey was great. Listening to her autobiography made me cry with laughter, nod in agreement, and shake my head at her sass.

Starting with her life in her hometown and her participation in a drama troupe filled with a lot of gays all the way to her success with 30 Rock, Fey documents her struggles with boys, her weight, body image, and being a female writer in a male dominated field.

What made this audio book so great was Fey’s bold honesty. She would talk about bodily fluids in a way that made me cringe and talk about her marriage, daughter, and thoughts about having more kids in a way that made me feel like we were friends. She discussed the world’s infatuation with butts and her confusion about the new obsession. She also debunked any glamorous ideas I had about magazine photoshoots (although Mindy Kaling kind of already did that for me but still).

Overall, I highly recommend this book, specifically the Audible version. It was great listening to Tina while I worked out at the gym (it made it go by faster) and whenever I was doing mundane things. I would hire Tina to be my life coach if she didn’t, you know, already have a job and such. Anyway, definitely a good book to pick up if you’re looking for a new read.

If you retain nothing else, always remember the most important rule of beauty, which is: who cares?